The Name of Jesus by Rocky Fleming 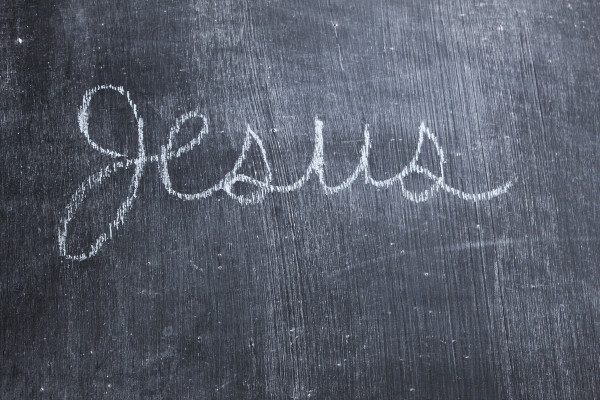 “And his name—by faith in his name—has made this man strong whom you see and know, and the faith that is through Jesus has given the man this perfect health in the presence of you all.” Acts 3:16 ESV

“And his name—by faith in his name … has made this man strong.” How can only a name heal someone immediately who was born lame from birth?  It is apparent that it is not just any name that can do it.  It had to be the name of Jesus.  That’s an example of the power of Jesus’ name.  The name of Jesus can overcome any spiritual evil or physical challenge that can come at us, if it is raised up as a shield of defense, and an offensive power to take holy ground for our King.  But there is something else to consider.

We see it in the scripture.  How can faith in a name cause a man to leap from his lame condition on the ground to become upright and walking and leaping?  Again, it can’t just be any name that we place our faith in.  It must be the name of Jesus that faith is placed.  Final question.  Whose faith was it that held the name of Jesus over the lame man?  It wasn’t the man, for he was looking for something else.  It had to be Peter and John’s faith, for the man didn’t know at the time what he was going to be given.  He asked for a few cents as beggars did in that day.  He put his faith in silver or gold that came from generous and sympathetic people.  Never would he have expected to be given health and movement to his legs.  No, it was someone else’s faith that called on Jesus to heal him.  It was the faith of one of Jesus’ disciples that claimed the power of the name of Jesus that was entrusted to him, and God moved.  Focus on this: Peter used the power that was given to him.

As a Christian, have you ever considered that there is more miracle working power available to you, in the name of Jesus, that you are not using?  I’m honest when I say that I’m concerned that I’m not using all, or anything near what He makes available to me as His disciple.  I’ve seen enough to know that many things that have been asked through my prayers and faith have been granted.  They are things that I could not have imagined, and certainly I would not have been able to personally accomplish.  I KNOW that it is the powerful work of Holy Spirit that has done these things.

But I also feel as a steward of the spiritual gifts and the life that God has given to me, that I have not taken as much of His power to accomplish what He wants me to join Him in.  I believe Peter and John didn’t heal the lame man.  They said this clearly.  But they did take what was given to them to heal the man and applied it to the problem.  They raised the name of Jesus over his illness, and then God healed the man.  Peter and John were ordinary men who were entrusted with God’s power to carry out their disciple’s role by faithfully using the name of Jesus to show the love of God to the lame and man, and those who witnessed this demonstration.

If you are like me you might ask, “How come something like that never happens to me?”  That’s a good question and it deserves an answer.  But the answer must be preceded with two questions.  Are we using the name and our faith in the name of Jesus, to bless, to encourage and to overcome the impossible challenges no matter what they are, or do we simply acknowledge His name, fail to use it, and then try to figure out a solution on our own?

Next question.  Do we really believe that Jesus’ name is all-powerful, for after all Peter said that it was faith in the name of Jesus that healed the man?  It was Peter and John’s faith that summoned the power.  There is a connection.  The name of Jesus is powerful.  But we can only access this power by our faith in it.

I must return to my own concern that I shared with you which is am I using all, or anything near the power that Jesus makes available to me as His disciple?  There will be people who will not understand my question.  There will be those who think I’m out of bounds.  There will be those who reject my question and my pursuit.  Some will laugh at me and some will slander me.  If I was concerned about those things, I would not share this blog publicly.  The truth is I share it for I’m more concerned with what Jesus thinks of me, not others.  I share it for I believe there are others, maybe even you, who are asking the same question.  I share it, for I want to receive that which may be missing, and it starts with seeking it.  It is a pursuit of what total surrender and absolute trust in God looks like, and it is hopefully to grasp that which God wants to give to me and all of His children who would say to Him:

“Lord I know there’s more of You to know, and I ask You to teach me what that is.”

“Lord, I know there is more of me that You want, so I come to give You more of myself.”

“Lord, I believe there is more power that You want me to use to encourage and help people with.  So, I ask You to lead me to it.”

“Lord, I ask You to show me how to use the power that is in the name of Jesus to help those who are hurting, those who are discouraged, and those who need help in standing upright.”

“Lord, I seek to learn from You those things that I do not know, and to use the name of Jesus to do that which You have called me to do.”